As you put down your forks post-Thanksgiving, it is time to pick up your pitchforks to go Black Friday shopping, just like the way it was in the 20th century.

From restless shoppers, to angry retail salespersons, to sacrificing sleep – Black Friday is one of the most anticipated shopping days across the world. And while it is a day for many to get a haul of items for a discounted rate, the history remains dark, with many shoppers dreading inevitable injuries, or worse – death.

That being said, here is a closer look at the history of Black Friday.

On Friday, September 24, 1869, the US stock market crashed as two notorious Wall Street financiers, Jay Gould and Jim Fisk, worked together to buy as much as they could of the nation’s gold.

The two wanted to sell the gold for a profit. However, when their conspiracy unravelled, it sent the stock market into free-fall, bankrupting almost everyone from Wall Street giants to farmers. The effect of this was felt on the US economy for years.

According to American television network History, “Fisk and Gould kept mum, but by that point, they personally owned a combined $60 million in gold – three times the amount of the public supply in New York.”

It was during this time, when the whole US called the stock market crash a ‘Black Friday’.

As time passed, Black Friday took on a new name around the 1950s in Philadelphia, among policemen.

The police would have to work extra-long shifts dealing with the crowd and traffic, adding to their exasperation of not being able to take a day off. Moreover, shoplifters would take advantage of the mayhem ensuing in retail stores, by stealing merchandise.

By 1961, many in Philadelphia wanted to change the name from Black Friday to Big Friday, to remove negative connotations associated with it, however the new name failed to stick.

Eventually by 1985, retailers reinvented the term to create a more positive impact on customers. “The result was the “red to black” concept of the holiday mentioned earlier, and the notion that the day after Thanksgiving marked the occasion when America’s stores finally turned a profit,” History said.

The phrase ‘red to black’ means if someone is ‘in the red’, they are in debt or losing money, whereas if they are ‘in the black’, they are solvent or accumulating money.

The darkness behind Black Friday was soon forgotten, until now.

Adding on to the drama that surrounds this erratic day, there is almost always one report every year that tells of a shopper getting injured or killed in a dystopian, chaotic situation in a shopping mall.

According to data by Black Friday Death Count, there have been at least 17 deaths and 125 injuries so far in the USA from 2006. The cause of this? Stampedes, mall shootings and fights.

Shoppers who misbehave by rushing the door or fighting over a toy car, often experience “feelings of inequality,” according to a 2011 study titled ‘A Perfect Storm for Consumer Misbehavior: Shopping on Black Friday’ by Sharron Lennon, a professor in the merchandising program at Indiana University.

Lennon’s study said that when a store’s sale prices weren’t honoured, Black Friday shoppers were most likely to misbehave.

These include being denied an early bird discount at checkout even though they were in line before the sale expired, or failing to obtain an advertised item or failing to receive the discounts they expected.

Eventually, online shopping took the front seat, with people eagerly waiting for ‘Cyber Monday’ rather than Black Friday. Cyber Monday begins the following Monday after Thanksgiving, and is three days after Black Friday.

And, the Middle East is home to many who eagerly wait for Black Friday and Cyber Monday.

A mellow Black Friday in the Middle East

According to Azari, the Middle East goes by ‘White Friday’, which was originally coined by Souq.com in 2014. Variants such as Noon’s ‘Yellow Friday’ has also “steadily gained momentum – both with online as well as traditional retailers,” Azari said.

“The significance of this shopping event is evident in the marketing investments that brands are making around this period. The importance of the White/Yellow Friday sales period to the UAE’s eCommerce retailers is evidenced in the fact that spending during that period largely outstripped that during the subsequent Ramadan and Summer shopping cycles which this year saw spending in apps increase by a lower, but respectable 26 percent and 34 percent on Android and iOS respectively,” she said.

Azari added: “As our data shows, White/Yellow Friday has grown to become the most lucrative period annually for the retail industry, and increasingly, consumers are shopping for these sales on their smartphones.”

While shoppers eagerly wait for discounted rates on their wish-listed merchandise, logistics management companies in the UAE prepare for a high volume of deliveries during the Black Friday shopping season as it is a challenging time.

Logistics solution providers embrace smart technologies during the season, Chokshi said, adding that these include “advanced order allocation engine examines cost, success rates, serviceability, and other factors to automate the selection of third-party logistics and own fleet. The system maps vehicle and consignment data and assigns delivery tasks to drivers using similar reasoning.” 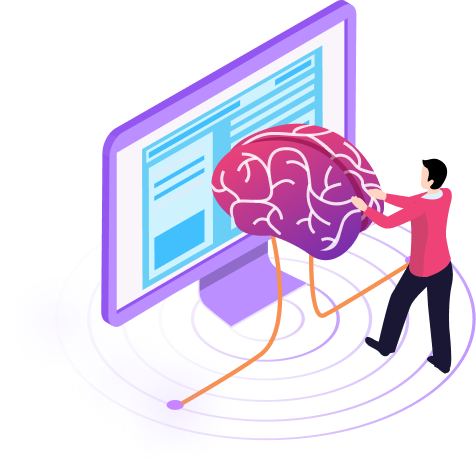